The Kind of Lover I Am by Giuliana Barletta 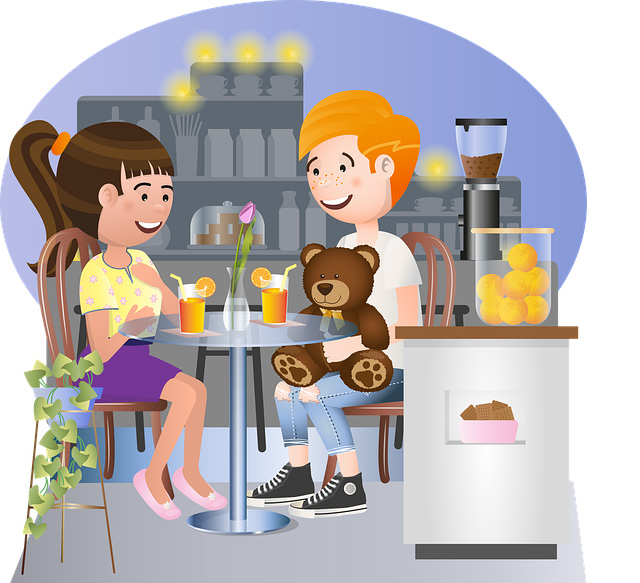 The Kind of Lover I Am by Giuliana Barletta

As a young girl, I always enjoyed watching movies about princesses being saved by their princes. I remember wanting nothing more than to be swept off my feet at only the age of five. I didn’t even know how to properly speak coherent sentences, but I was already dreaming about a ball with a prince. Disney princess movies are much different than raunchy romantic comedies. I was 12 when I saw my first romantic comedy. My mom was in the living room watching Something Borrowed, a movie a twelve-year-old definitely shouldn’t be watching. A movie about cheating and sex isn’t something a twelve-year-old should model love after. But I did.

For most of my adolescent life, I was only interested in any book, movie, or tv show that involved a plot line where an earth-shattering love story was involved. I listened to sad songs about lost loves and imagined myself as the main character, heartbroken and distraught looking out the window at the rain. I was obsessed with love without ever knowing what love actually entailed in reality. More importantly, I never accounted for the person I would turn into once I fell in love.

Often, people told me that love would become my downfall because I was waiting for the moment I would identify as being in love. As a naive child, love was the end-all-be-all. I wanted my life to roll like a movie, read like a book, or sound like a song.

My naivety didn’t last long though, and as the years went on, I realized that love is not as shown in the movies.

Every single crush I’d ever had made me feel like a flustered, bubbling idiot. I laughed at anything he would say, even though most of the time the things such a boy would say were not funny in the slightest.

My first ever crush blossomed in the first grade. I only remember tiny details like his name was Michael and he was always causing trouble with the teacher. Everything he said made me laugh and feel a kind of childhood giddiness I’d never felt before. I never even got to tell Michael how I felt with pink construction paper hearts or glittered valentines because after first grade he moved away, never to be seen again. Michael moving away didn’t break my childhood heart. I forgot about him as soon as I’d supposedly ‘fallen in love’ with him.

Soon enough after, I’d fallen in love with my first ‘play-pretend’ boyfriend, Mr. Zac Efron. For most of my pre-teen years, I collected magazine articles and posters with his name on them. I watched every movie he was in, falling in love with every character he perfected. My mom considered me his number-one fan even though he didn’t know I existed. I was convinced I knew everything there was to know about him, but in reality, all I knew were the characters he played.

My teen years were filled with crushes just like that of Michael and Zac Efron. I continuously fell in love with men who showed me kindness or any little speckle of attention. All of my childhood, make-believe, dream crushes never could have ever prepared me for the real thing.

They never prepared me for the real torturous cycle of falling in love, giving your all, and ending up broken and alone.

I had my first kiss at 19 with some Tinder meetup, and because he showed me affection and kindness, I believed that he could be the one. I tried to fix him and make sure that I could be the girl he fell in love with. And when he didn’t fall in love with me, I supposed that it was my fault; that I wasn’t the one who was good enough when in reality he wasn’t good enough for me.

And when I did fall in actual, heart-breaking, love for the first time, I wasn’t prepared for the way he would treat me. Dann praised me and continuously convinced me that he loved me. He told me that he saw us being together forever, traveling the world, and having three kids. I fell in love with his cinematic view of love because it was achingly similar to mine.

I assumed he was perfect for me. The keyword in that sentence is ‘assumed.’

He would give me his days and nights, stopping by to see me on one of his pizza deliveries. The drop-ins happened early on in our relationship. After about a month of seeing him, he’d start to disappear slowly. I’d wait hopefully by my phone, wishing he’d text or call. I became pathetic and reliant on his love as if it were a drug I was addicted to.

His excuse for love got me in trouble constantly with my family. I would sneak him in or sneak out with him sometimes, convincing myself that it was okay because it was something everyone else was doing at my age. He made me believe it was normal – that my parents were angry for no reason.

The person he turned me into that summer severed my relationship with everyone around me for months. There was a lot of repairing and therapy to be done by the end.

He made me realize I deserved more, but I also did everything to stay with him because I risked everything for him. So when he broke up with me one September night on the same front porch where he said he loved me, I broke down.

At twenty, he gave me a chance at knowing love while also ruining it all at once. I’d felt hopeless after, scared that he would be the only one I ever had a chance with.

But that was the pessimist in me, and soon enough after the storm that was Dann, I found myself again.

I spent very little time by myself and soon I met Nick. I was single for all of one month, and for me, it felt right to be with Nick. He repaired my heart in fragments; he helped me find myself once again.

Nick was the exact opposite of Dann, and he was everything I wanted and more. Even at the beginning of the relationship, Nick gave his all and made me feel safe and secure. He loved me when I still hadn’t loved myself. But most importantly, he treated me as if I deserved a movie kind of love.

I believed there could be no love after Dann, and that I would forever be damaged by his misuse of the word love.

But that wasn’t the case. Nick gave me my hope in a ‘movie kind of love’ back.

Nick treats me like I’m the main character and the only girl in his whole entire world. He makes me feel like I am experiencing a love made for the movies, and oftentimes I find myself feeling wrapped up in movie scenes that feel just like our relationship.

Nick doesn’t back away when I get my bouts of anxiety and depression. Instead, he pulls me close, holds me against his heart, and reminds me that he is always there. He tells me time and time again that he’s not leaving.

Nick got me to believe in concepts like fate and soulmate. I truly have come to believe that he and I are soulmates. We’ve known each other for years, but only found each other now. That starts to sound like fate to me.

I repeatedly tell Nick that I fall in love with him all over again every time I see his face. My heart skips a beat every time I watch him when he doesn’t see me looking. When he’s oblivious to my admiring eyes, I take in every feature of his face for as long as I want.

With Nick, I discovered that I was the type of person who would give up all of her good days just for him to not have bad days. I found that I was selfless when truly in love. I was finally the girl that woke up to good morning texts and went to bed with goodnight texts. I became someone’s top priority in regards to love and not sex. I was seen by him as the best thing that ever happened to him, just as he was the best thing to ever happen to me. I turned into the girl who was making playlists and listening to songs about love. I was the girl who had to retreat to the bathroom from time to time in social situations because I was blushing far too much from thinking about him. He turned me into the girl starring in a movie-kind-of-love.

Through loving Nick and him loving me, I found that I am independent and confident. I learned how to see and love myself the way he loves me. I learned how to take care of other people when they were down, while also realizing I needed to work on taking care of myself. I learned how to hope and believe in an all-consuming kind of love again. I became the girl I dreamed I would be and more. I am the hopeful, loving, caring, confident, and independent girl in the movie now.