The Twin That Wasn’t by Zaitouna Kusto 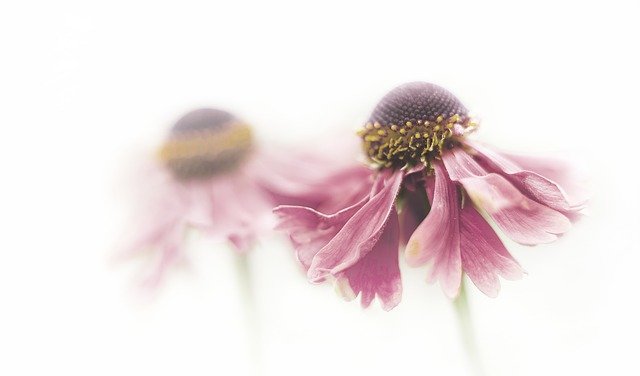 The Twin That Wasn’t by Zaitouna Kusto

Reza was the twin that survived and so he was an only child. His sister, who would have been named Rula, died inside their mother. Nevertheless, Reza was certain she would have been born first. A big sister, if only by a few minutes. As Reza grew older and suffered the isolation of being an only child, he kept the spirit of his sister alive. His mother, Nayla, discouraged him from talking to an imaginary friend, but to Reza, Rula was as real as anyone. And that’s what he told his friends.

“Ugh, my twin sister and her friends are having a sleepover at our house tonight,” the 5th grade, messy haired Reza bemoaned to his friend Zain. “They’re probably gonna try to dress me up like a girl. . .again.”

“You have a twin sister?” Zain asked incredulously. “How come she’s not in our class?”

“Oh, because she’s older than me by a few minutes and got to skip a grade. She’s in middle school,” he had this response memorized and no one dared challenge such sound logic.

Reza was bullied a lot and the bus was a particularly dangerous place for him. He was smaller than most kids his age. Scrawny, dainty, and extremely flinchy, the other kids would make fun of his long hair and soft voice. They’d call him names, take his backpack, even hit him when the bus driver wasn’t looking.

One time, a particularly cruel boy named Justin put gum in his hair. Reza cried when his mom had to cut off his precious curls because he thought they’d never grow back. Since that incident, Reza resigned to sit in the front of the bus with the other losers, protected by the vigilant bus driver’s gaze.

His mom, a single parent, worked a lot and usually didn’t get home till the evening. On Fridays she would sometimes get home even later. He skulked into the house and threw his backpack on the floor near the foot of the stairs.

Afternoons during the week were always lonely for Reza. Usually, he’d distract himself by watching talk shows or reading, but this Friday was special. His sister’s friends were sleeping over.

They’d be getting out of school soon and he had to find a good hiding spot; the normal places were under the bed, in the linen closet, and behind the couch. No matter his efforts, Rula and her friends were clever and always seemed to find him. This time, however, he was convinced he found the perfect place. His mom’s room. Rula and her mean friends wouldn’t dare look for him in there. As soon as the idea popped into his head, he scurried into the master bedroom.

It was an empty sort of room. There were a lot of things in there, but it all felt like department store decorations rather than the personal touches of one’s private space. Nayla’s bed was a California King, it could easily sleep four people, but she always slept alone.

Reza sat on the right side of the bed. He could tell this was the side his mother slept on because it deeply sunk. Looking around the spacious room, he figured the best place to hide was in the bathroom, so he went in there, and shut the door behind him.

Reza was afraid of the dark so he immediately turned the light on. The bathroom had more personality than the rest of his mom’s bedroom. There were boxes of makeup, jewelry, hairbrushes, and mirrors. This room saw frequent use. He anxiously checked his watch and gulped at the time. Rula and her friends were due home any minute. He held his breath, trying to make as little sound as possible.

High-pitched laughter and bright footsteps wafted in from downstairs. They were here. Reza, mustering up all his courage, turned off the light, and kept his ears open. Palms sweating, his heartbeat quickened and echoed against the cold walls and floor of the bathroom. He could hear them. Their peppy voices and menacing laughter were getting louder and sent shivers down his spine.

For some reason, the noise stopped. It suddenly became eerily quiet. His eyes uselessly darted around the dark bathroom. There was nothing to see without the lights on, so he gulped, and flicked the switch.

Rula looked exactly like Reza. They were, after all, twins. Yet despite being a boy and a girl, not identical twins, they had a confoundingly similar appearance. To a stranger, it would be easy to mistake one for the other.

Surrounded by four other girls, Rula cocked a wicked smile.
“Hello, Reza,” her voice even sounded similar to his prepubescent squeaks.

Reza was frozen, he knew he couldn’t make his way past all five of them.

“Aww, he’s so cute,” one of Rula’s friends teased. “He’s gonna look even cuter when we’re through with him.”

They giggled maniacally as they apprehended Reza. He struggled mightily, be was no match for all of them. Tickling was his weakness and they knew it. A simple threat of the fingers near his armpits was enough to send him into convulsive hysterics. He had no choice but to give in. They sat him down on the edge of the bathtub, facing the mirror.

“How convenient you hid in here, little brother,” said Rula. “We can use all of mom’s stuff and not even leave the room!”

Rula and her friends went to work on Reza, who sat there, quietly pouting. His expressions were accentuated by the obscene layers of makeup being caked on his face. The girls laughed and laughed as they continued to apply eyeliner and mascara. The tip of his mother’s red lipstick gently pressed onto his lips. It was cool and soft to the touch as it ran back and forth, like drawing in the lines of a fleshy coloring book.

His pout became more pronounced with the lipstick. They put him in a dress and braided his hair into pigtails with bows. Products permeated the air, making it almost difficult to breathe, but the girls never ceased. There wasn’t a lot of talking, save for the occasional chuckle or “aww he’s makes a cute girl.”

Reza felt like he shouldn’t look at himself, that he should be ashamed.

It’s not my fault, he continued to insist in his mind. They are making me like this. I didn’t choose to do this. I cant help it.

For whatever reason, that thought comforted him. Slowly but surely, he accepted his fate and began to relax. The mirror stopped taunting him and he finally caught his own eyes. He looked even more like Rula than usual. Her familiar smirk creeped onto his face, highlighted by his mother’s striking red lipstick. For some strange reason, he didn’t hate what he saw. In fact, the person staring back at him was beautiful.

He sat there for a long while, smiling and playing with his hair, posing this way and that. He giggled and remarked at how cute he was. He was having fun. So much fun that he didn’t notice the girls were gone.

The only person left in the room was Rula. She was looking into the mirror, smiling broadly. A happy tear came to her eye as she blinked with profound confidence.

The mechanical gurgling of the garage door began to resonate through the house. Reza’s eyes widened with terror. He scrambled mightily to get off as much makeup as possible, but only managed to smear around what was there. His mother would surely kill him if she saw him like this. The oversized dress was halfway over his head when the door to the bedroom swung open.

“Reza? I got off work early,” Nayla’s maternal voice crept into the bathroom. “Is that you?”

She opened the door and her mouth fell to the floor. Reza couldn’t tell if she was angry or not because for several moments she just stood there, silently. He was ready for her to yell at him, but instead she spoke with a tone of soft concern.

“Who did this to you, Reza? Was it that Justin boy from school?”

“Well, then, who was it?” she repeated, this time more insistently.

Tears began streaming down Reza’s already tear-stained and makeup smudged face. Nayla took her child into her arms and squeezed lovingly. Makeup smudged onto her blouse, but she didn’t care.

“Y—yes,” the snot and tears made it difficult to hear, but Nayla understood.

“Oh, habibti,” she smiled through tears of her own, kissing her daughter’s forehead like she had done a million times before.