The Last by Alexander Preis 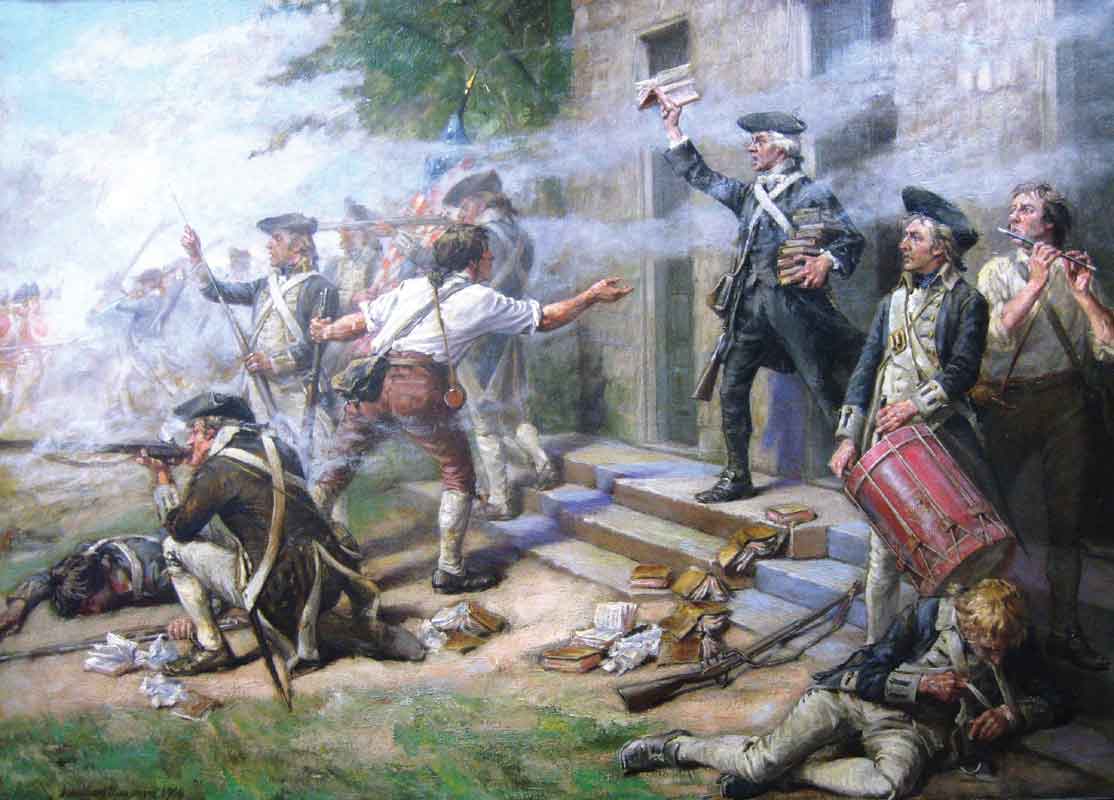 The Last by Alexander Preis

The quill scratched against the parchment, the iron gall ink leaving its impressions in flowing text. With little more than a shaft of moonlight and the rapidly approaching dawn to see by, the man wrote his final letter.

The farm in Braintree will need looking after. Charles and Thomas can help when they are old enough.

He glanced out the hole in the wall that could charitably be called a window. There was not much time left

Deny me if you wish. I have crossed the Rubicon. I knew the bridge would be burned behind me. Come what may.
I am, as I ever was, and ever shall be, yours.

The sun was creeping over the horizon, turning the sky as red as the coats of the men who came for him. He quickly hid the letter and quill in a pocket. The door to his cell opened.

He nodded and rose to his feet. “Well, gentlemen, shall we get on with it?” He walked out of the cell. Four soldiers flanked him, as if afraid he might try to fight or escape. But he was no fighter, like Colonel McKean or John Dickinson. Escape was no option either. Caesar Rodney had tried that, but the redcoats rode him down long before he reached Delaware. And where could he escape to? What could protect them? Richard Henry Lee’s blue blood and Rutledge’s wealth had meant nothing in the end. Franklin was saved only by his son’s position as governor, but he would never again see freedom.

And four men! Did they think he was Washington? Though those rumors were hard to believe. They say it took a hundred men to slay the general, but that sounded like the last hope of men who had lost all faith.

He slipped the letter from his pocket, casually dropping it as he passed a woman scrubbing the floor. The soldiers did not notice, nor did they see the woman slip it into her dress. She would see that it got to Abigail. The woman closed her eyes and made a silent prayer.

Out of the building and into the square they marched him. Some had gathered to watch, blocked by lines of soldiers in formation. It may not be enough if the crowd decided to revolt. This was Boston, after all. Revolution is in the blood.

He was placed in front of a wall and was offered a blindfold, which he declined. He may not be a fighter, but he would look death in the face.

“John Adams! You have been found guilty of sedition and treason against the British crown! The punishment—death.” The official read the statement from the court. “Do you have any last words?”

Adams took a breath, one of the last he would ever take. “I say only this: the voice of independency will not be forever stilled. While you may snuff out my flame, you will never extinguish the fire of revolution.”

A different fire blazed in the official’s eyes. The crowd murmured, and the soldiers gripped their rifles tighter.

“Enough of this! Ready!”

The four soldiers who had escorted Adams raised their rifles.

Bullets flew. Three shots from each rifle. One found its mark, heat spreading through Adams’s chest from where it had struck. He staggered to the ground, feeling the life leave his body, the blood sucked out as if by a leech.