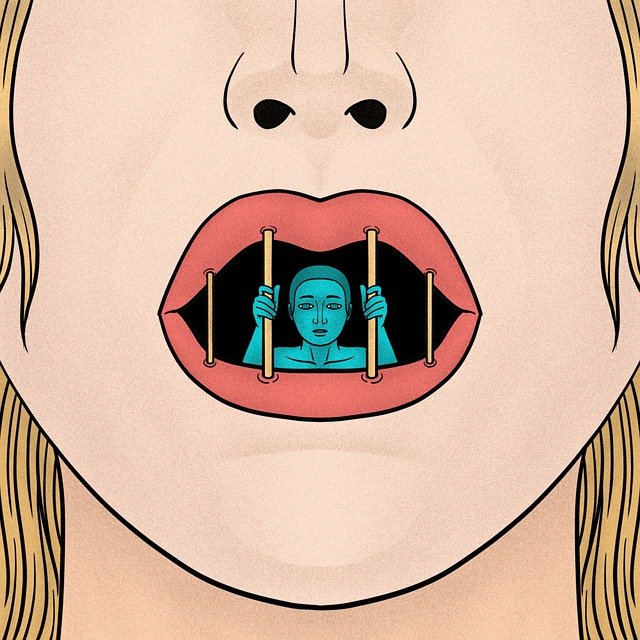 Ansion Gilpepper stepped up onto the hoverboard tethered at the virtual platform’s edge and peeked between virtual curtains at the avatars occupying every seat in the virtual hall. The impending debate would decide the fate of Gilpepper’s Mouthalator Lubricant. The avatars’ whispers assaulted him in swift, lighting jabs to his heart.

He shrank into the shadows and wrung his hands. Mother promised the new Mouthalator model 996 would tame his bumbling tongue, and it had better. If he didn’t convince the Market Gatekeeper of his lubricant’s worthiness, the family’s permanence in AmeriWorld was over. Their very lives depended on his perfect words, but the newfangled 996 mouthalator wasn’t like any other. Nausea curled worm-like through his intestines.

“Ten seconds, sir.” A moderator’s voice whispered in his earpiece.

He swiveled to the 996 technician. “This model isn’t just transparent.” He pressed his fingers against his plump cheeks. “It doesn’t have corporeal form!”

If model 996 was the canary’s tune, why didn’t Tech wear one too?

“Shouldn’t there be a speech delay?” Ansion said. “My words sound real-time.”

“You sound great. That’s what you really want ta know.”

Bullseye. Financial ruin, eviction, and the Desert awaited the family if he failed. Mother hated the heat. He loosened his collar.

Tech waved a silver wrench with the flourish of a magic wand near Ansion’s ear. “Better?”

“Um, no—not better at all.” He gasped. “Wait—the filter should transform my negative talk into something positive!”

Ansion’s hoverboard whisked him center stage where the Market Gatekeeper tapped her virtual toes. Gia Templecoathe’s avatar measured a yardstick’s height with half again that in red-piled hair. Her celebrated platinum mouthalator obscured all but her eyes the shade of Ireland, and those flashed in a desire for a brawl.

He gulped at her infamous mouthalator unfurling with an elephant trunk’s elegance. It nosed between his feet, and the hall tittered in polite laughter at her sport. He dashed away his hood, and the avatar audience collectively sucked in its breath.

“Your mouthalator is…strange.” Her eyes rolled like North Sea breakers. “So is your proposed lubricant.”

Mother’s words from school days past pricked his conscience: Gia Templecoathe asked you to help her cheat on a spelling test. If you don’t, she’ll take her revenge someday. Her kind always does.

Becoming a middle-schooler First-in-Class had meant more to him than playing the long game of AmeriWorld politics. He’d chosen wrong because obviously, Gia hadn’t forgiven him.

“I applaud your attempt at generating a worthy product for AmeriWorld’s expanding society.” Her mouthalator flattened box-like. She addressed the avatar audience. “Surely you’ll agree that with four billion mouthalator lubricants already cluttering the market, his isn’t necessary.”

They both knew that wasn’t the point. Everybody assembled the same products: mouthalators, filters, lubricants—the list was endlessly uncreative so long as AmeriWorld approved. The idea was to engage in market productivity for social benefit. It was that or face the consequences. His insides boiled.

“Your lubricant does sweeten the tongue.” Her mouthalator curled. “What is taste when AmeriWorld’s filters clarify every word departing our lips?”

Avatars flashed the golden apple symbol on their holographs. Her words met standards for correctness which tipped the argument in her favor. That wouldn’t do. He’d glimpsed the Desert once: all sand, heat, and endless nothingness. He shivered.

Avatar spectators, their virtual mouths agape, leaned in. Ansion’s intestines gurgled. Model 996 should have filtered his command to a polite Hear me. Please listen.

The odd mouthalator needed a push in adjusting to his personality. He wiped the sweat from his brow and rolled the proverbial dice. “You cheated then, and you’re cheating now!”

He folded his hands and waited for 996 to filter his angry words into something soft and safe, like Please accept my apology for offending you. Since we’ve followed all the rules for manufacturing products, please grant us AmeriWorld membership for life.

The virtual hall’s chilly silence presaged his banishment, and he whisked on his hoverboard to where Tech still waited at stage right.

“I thought 996 was the latest filter model.” Ansion shook the stoolie. “I’m not wearing a filter at all. Am I?”

A cane tap-tapped from out of the blackness. He resisted bowing to Mother’s towering avatar. Her bony, blue-veined hand clutched her golden walking stick. No mouthalator covered her face resembling a spring peach or her lips of bright rubies. His guide star winked.

“Close your mouth, boy. I was a girl when AmeriWorld ordered the mouthalators. The chief executives said it was necessary—so nobody got their feelings hurt.”

Electrical spikes bounced through his heart’s chambers. The assembled avatars represented AmeriWorld’s most noted families. Didn’t she understand their power?

“You know what they say about poison, son. Choose what you can swallow.” She faded.

Ansion’s hoverboard whisked him back to center stage, where Gia Templecoathe’s mouthalator morphed into an expression of victory. Ansion wanted to tangle its platinum tentacles into knots.

Virtual Mouth Guards burst into the hall. They filed ant-like down the virtual aisles and tramped onto the virtual stage. Their stamping boots pounded in his temples. The guards fanned out with precision, forming a cage. Each carried an AmeriWorld laser-guided Mouth Muzzle.

The guards cocked their weapons.

If he shut up, he might yet save the family, but mouthalators had a price. Gia wasn’t in grade school anymore. She and the avatar audience booing him ruled through silencing and fear.

He couldn’t swallow poison—not if he wanted to live. That was Mother’s point.

Maybe model 996 would help him find his self-determination. Who knew if his unfiltered words might actually spark an honest debate…or more?

Ansion opened his mouth, sucked in a breath, and began to speak.