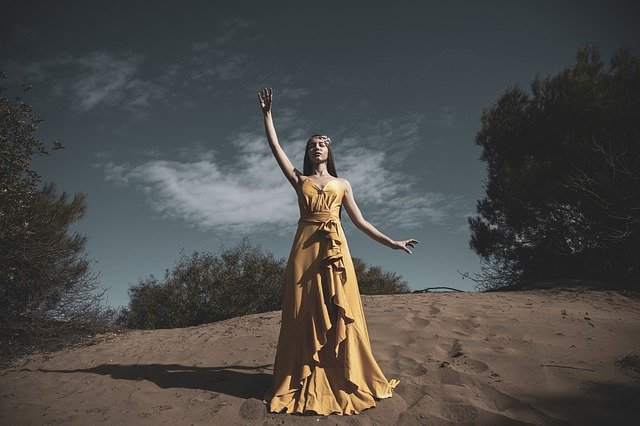 He was ragged, filthy, and smelled of sickness and sewers. He was too ill to care about personal appearances or even recall his name. The wastrel dragged his wasted, pain-wracked body and disturbed mind to a spot with a good view for dying.

The wild, young, street hoods ignored him as he crossed their boundaries. The limping, lurching tramp obviously had nothing of value, especially his life.

The sex workers stumbled back from him, trying to avoid his contagion of despair.

The packs of feral dogs picked up his scent of toxins and corruption and trotted in a different direction or lay down to sleep.

He stumbled agonizing step by step to the desolation beyond the decaying town to a small hill crowned with a single deformed, dwarf tree.

“This is me—where I’m meant to be. I can—see the end coming—and the end—can see me.” Each spoken word was a stab in his chest.

He sat at the foot of the hill, resting before his ascent.

A red, gold, and ebony serpent, as long as a man and as thick as his thigh, approached him, stood, hissed, and displayed his fangs.

The feeble one pulled aside his tunic, offered his throat to the viper.

The snake resented being used for suicide by serpent. The reptile packed his fangs, ceased his hissing. He trilled, “Why are you trespassing on my lands?”

Gathering the last of his resources, the transient replied, “My end is near. The view—from this hill—would soothe—my soul—ease my way.”

The crawling beast had lied, it was not his land, but it would please him to share the dying view, the sunset, and the frail two-legged creature’s death.

“It is a gentle slope, but it may over task you. I transform myself into a cane to aid your last steps.”

The cane was a thing of great beauty, trimmed in gold with many precious stones and marvelous workmanship.

The sight of the walking stick reinvigorated the failing traveler as he started his climb.

He was only a few steps into his hike when the shadow of a great bird passed over him and the serpent.

The viper was too fearful to change back.

The storm cloud-colored eagle with blood-red talons dropped to the ground, blocking the travelers’ way.

“What manner of incursion is this upon my peace and tranquility?”

The sky predator saw through the serpent’s disguise. The raptor desired to dine on the liver of the old man and feast on the flesh of the legless lizard. He could do both from the security of the summit.

“You are too weak to master this mountain. I will lift you to your destination. “

The feathered pilot carefully inserted his talons in the shoulders of the tunic with barely a scratch to the flesh below.

The winged one was near landing on the hilltop when a voice rolled out from all four corners, “Who dares approach my sacred place of worship?”

The great wings faltered. The serpent withered at the sound of the voice.

Only the dying one, almost at his end, ignored the words of the Goddess.

The eagle squawked prayers of forgiveness and attempted to turn away, to drop his passenger, to flee.

All in vain as the Goddess rudely settled the trio on her sacrificial peak.

The Goddess evaluated and dismissed the ragged body of woe. “There is too little left of you to make a serviceable sacrifice.”

The man moaned, closed his eyes, leaned against the twisted tree.

The snake returned to his true form with urgent pleas, “The Aves transported me here against my will. I had no intention of intruding. I am a worshipper and respecter of—”

“Fowl, why did you transport these heathens to my sacred grounds?”

“Goddess, I was wracked by hunger and lost my way. I beg your forgiveness.”

“You two shall be my sacrifices. You are in your prime and layered with fat.

The snake and bird pleaded with elegant, bold, persuasive, and desperate, arguments as to why they should be spared.

“Enough! Each of you may give one gift to the dying relic. He will have one day to return here with a suitable sacrifice to replace you.”

The Accipitridae gave the dying man his power of flight.

The Viperidae made ten small fangs from his two fangs and gave the ancient one a retractable poison injecting fang in each finger and toe.

The Goddess breathed life and vitality into the human. She told him he could live for 100 more years and free the bird and snake if he returned within a day with a sacrifice faster than the eagle and more deadly than the serpent.

Confingo, pulled from the brink of death by the Goddess, recalled his name and the glory of his youth. He flew joyfully from the hilltop to the town.

Healthy and hearty, he walked into the town and immediately attracted the Street gangsters’ attention.

Three hoodlums challenged him. He gleefully accepted their charge. All three were dead from his toxic touch within minutes, as were the three that sought revenge and the six that he pursued.

The street sex workers were impressed with his manliness and martial prowess. However, they were more worried about Confingo’s enthusiastic decimation of their client base. They invited him to test their wares.

Confingo shifted between hours of sexual excess and bouts of slaughtering all comers from that night to the next.

Only the call of the Goddess pulled him away from his pleasures.

Confingo descended to the summit in a rage at being disturbed in his pleasure place.

The Goddess demanded, “Where is my sacrifice that is faster than the eagle and more deadly than the snake?”

Confingo lashed out with both hands slaying the eagle and the serpent.

“I’m your sacrifice. I have demonstrated that I’m deadlier than the viper and quicker than the eagle.”

“That you have. Still, had they lived, you would have retained their gifts of flight and four-limbed fangs.”

Confingo frowned with regret but spoke forcefully, “I’m your sacrifice, but you promised me 100 more years. I have unfinished business in town.”

“I shall keep my word. However, I withdraw my breath of vitality. Your 100 years will be filled with unending pain, growing in intensity each day.”

The Goddess said more about him being immortal for his century. However, the man was in too much agony to hear or understand.